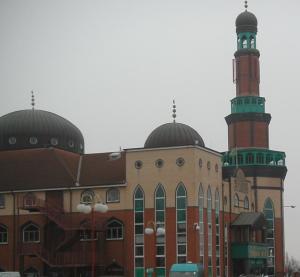 The idea for today can be regarded as the central thought toward which all our exercises are directed. God’s is the only will. When you have recognised his, you have recognised that your will is His. The belief that conflict is possible has gone. Peace has replaced he strange idea that you are torn by conflicting goals.

There is great peace in today’s idea, and the exercises for today are directed towards finding it.
Begin the longer practice periods by repeating these thoughts several times, slowly and with a firm determination to understand what they mean. and hold them in mind;
There is no will but God’s. I cannot be in conflict.’
In the shorter periods, which should be done at predetermined intervals say to yourself:
There is no will but God’s. I seek his peace today.

Today was one of those days where, without the lesson, I may have descended into judgements in a BIG way. I knew I was going to spend time with people whose energy I’ve experienced as very negative. Even after putting up protection, I was still feeling agitated about meeting them, and had asked myself at least twice ‘Why me?’ when I remembered it must be God’s will, and repeated the short version of the lesson.

How could these words bring such instant relief? Must be the preparation of the last 73 days. Anyway, I sent love ahead of me to the people, and didn’t find them in the least bit irritating. In fact they were very helpful and not as negative as previously.

One of our Writer Without Borders members died on Sunday and I attended the funeral today. It was my first experience of a Muslim funeral, and found the experience moving while being quite different to our own Caribbean funerals. A similarity though is the open coffin so that mourners can view the deceased. I found he separation of men and women odd at first but soon got used to it.

One of my clients was an hour late today, and sitting in the cafe waiting for her I reminded myself that there had to be a reason for it. Then it came to me. I was planning a session for another client tomorrow which includes projecting 20 years into the future as  a guest on ‘Desert Island Disk’ the BBC Radio 4 series where famous people look back on their lives. While waiting for my late client I realised that I would be unprepared for such an interview, and drafted my life 20 years from now. IT IS AMAZING!!! I think it’s an exercise everyone should do.

Author of novels Dare to Love and Betrayed www.pennydixon.com poetry anthology Raw www.cymbalspublishing.co.uk and blogger www.writingcreativelywithspirit.com
View all posts by predencia →
This entry was posted in A Course in Miracles: Lessons (c) 61-80. Bookmark the permalink.