Lesson 158 – giving and getting

‘Today I learn to give as I receive.’

What has been given you? The knowledge that you are a mind, in Mind and purely mind, sinless forever, wholly unafraid, because you were created out of love. Nor have you left your Source, remaining as you were created. This was given you as knowledge which you cannot lose. It was given as well to every living thing, for by that knowledge only does it live.

The revelation that the Father and the Son are one will come in time to every mind. The time is already set. It appears to be quite arbitrary. But there is no step along the road that anyone takes but by chance. Time is a trick, a sleight of hand, a vast illusion in which figures come and go as if by magic. Yet there is a plan behind appearances that does not change. The script is written, and we but see the journey from the point at which it ended, looking back on it, imagining we make it once again; reviewing mentally what has gone by.

A teacher does not give experience, because he did not learn it. It revealed itself to him at its appointed time. But vision is his gift. Christ’s vision has one law. It does not look upon a body, and mistake it for the Son whom God created. It beholds a light beyond the body; an idea beyond what can be touched, a purity undimmed by errors, pitiful mistakes, and fearful thoughts of guilt from dreams of sin. It sees no separation.

Thus we learn to give as we receive. This lesson is not difficult to learn, if you remember in your brother you but see yourself.

I had to read this long lesson through a couple of times to get my head around the meaning. Essentially I understand it to mean that there is no forward time, that whatever journey we think we’re on has already been taken and we’re only really watching the replay. That time is an illusion, and because it is an illusion we cannot be separated from other people because we all occupy the same space at the same time, it just appears that we are separated – therefore, anything I do to you I’m also doing to myself, and anything you do to me, you’re also doing to yourself.

The bit in the Bible that says ‘do unto others as you would have them do unto you’ is what this is about. Would you punch out your own eye? Would you undermine and belittle yourself? Would you brutalise and terrorise yourself? According to this lesson that is exactly what we do to ourselves if we do it to someone else.

And the only reason we would do that is because we can no longer see the light in ourselves, which obscures it in the person we attack. 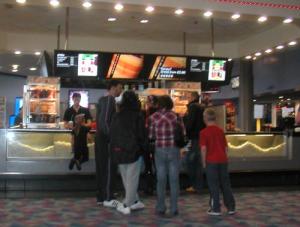 I spent the day at a spa relaxing for a friend’s birthday before going to see the 3D version of Marvel Avengers Assemble. Despite being 12A rated I was appalled by the amount of violence, violence which would not be allowed in other films that are not based on cartoon characters. Although the 3D effects were stunning I was disappointed with the predictable plot and ending. I wonder if I was the only one that spotted the hidden message of how much humans really want to be ruled over, how they don’t really want freedom, and are happiest when someone else is making the decisions for them? And when they are attacked, they are helpless to defend themselves, and have to rely on Superheroes…was I reading too much into it?

Maybe I would have been a little mellower if I’d paid the four pounds they were asking for a small box of popcorn. I’m not mean, but how can that ever be value for money?

I came home and started to read David Icke’s book Remember who you are… and was astonished by the similarity of the first few pages and the messages in today’s lesson.

Author of novels Dare to Love and Betrayed www.pennydixon.com poetry anthology Raw www.cymbalspublishing.co.uk and blogger www.writingcreativelywithspirit.com
View all posts by predencia →
This entry was posted in A Course in Miracles: Lessons (i) 151-170. Bookmark the permalink.