‘I am entitled to miracles.’ 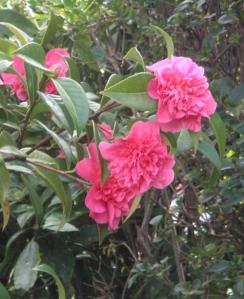 I am entitled to miracles because I am under no laws but God’s. His laws release me from all grievances, and replace them with miracles. And I would accept the miracles in place of the grievances, which are but illusions that hide the miracles beyond. Now I would accept only what the laws of God entitle me to have, that I may use it on behalf of the function He has given me. Suggestions for specific use:

Behind this is a miracle to which I am entitled.
Let me not hold a grievance against you, (name), but offer you the miracle that belongs to you instead.
Seen truly, this offers me a miracle.

By this idea do I unite my will with the Holy Spirit’s, and perceive them as one. By this idea do I accept my release from hell. By this idea do I express my willingness to have all my illusions be replaced with truth, according to God’s plan for my salvation. I would make no exceptions and no substitutes. I want all of Heaven and only Heaven, as God wills me to have.Useful specific forms for applying this idea would be:

I would not hold this grievance apart from my salvation.
Let our grievances be replaced by miracles, (name).
Beyond this is the miracle by which all my grievances are replaced.

Today I watched a film ‘Oranges and Sunshine’ about child migrants being shipped off toAustraliato work on farms with both the British and Australian Government’s knowledge and permission. It wasn’t the most uplifting of films but it showed the lengths to which people will go to suppress the truth and the personal toll it can take on anyone determined to uncover systemised deception.

It was interesting to note also that those most difficult to get through to were the ones who had internalised the deception, who continued with their beliefs even in the face of the evidence.

It’s the same with these lessons, even though I know that grievances are a block to my happiness, the temptation to slip into them is almost automatic sometimes. Recognising that this response is greatest when I’m tired I took some time out today to relax and clear my head. Have you ever noticed how much harder it is to keep your resolve when you’re tired and how hard it is to give ourselves permission for a rest?

Maybe this petrol issue will force some of us to take things a little more slowly and take in the beauty of spring.

Author of novels Dare to Love and Betrayed www.pennydixon.com poetry anthology Raw www.cymbalspublishing.co.uk and blogger www.writingcreativelywithspirit.com
View all posts by predencia →
This entry was posted in A Course in Miracles: Lessons (d) 81-90 (Reviews). Bookmark the permalink.